The designed object was located along the south border of the plot so as to constitute a viewing closure for the Monument-Park in Żelazowa Wola. The buildings repeat the linearity imposed by the shape of the plot and the landscape context – the shoreline of the Utrata River and the bluff line.

The design adopts the principle of a terrace layout blocks, similar to the classical facilities in Warsaw’s palaces on the Vistula embankment e.g. (Królikarnia, Gniński Palace, Natoliński Palace, etc.). The ground level creates a wide and massive block, integrated into the base of the slope. Its roof, equate with the level of scarp’s crown, creates a viewing terrace exposed to the Park-Monument and Chopin’s Birth House. From the base, appears two delicate, glass cubes which are the construction of the concert hall and the education and office part. To break the axial alignment, there is another, third glass cube, containing a chamber hall, located northwards from the base, entering the park space.

The applied solutions allowed to take control of the scale of the building and its relations with the surrounding landscape and neighboring buildings. From the Park side, the building is part of the escarpment massif. From the south, the building gives the impression of small pavilions, similar to “Prelude” and “Etude”.

The design adopts the effect of interplay between the external and internal space by applying the multiplicity of the facades and the interconnections with the view of the park. The intention was to gradually strengthen the viewer’s experience intensity during the meeting with music. The desirable emotions are calm, detachment from everyday life and sublimity. Regarding the location and patron of the object, we assumed that the viewer travels a path whose purpose is to touch the musical sacrum. We consciously use the archetype of the Greek temple in the whole concept, which arrangement and multiplicity gradually led to the most important place called naos (in our place it is a concert hall).

Subdivisions were adopted in an equal module giving the impression of stability and harmony. Glass cubes growing out of a massive pedestal were imposed by a strong vertical divisions, in order to obtain the lightness effect, which changed into soaring, in the central part of the object. The effect is built by slimming the structure and increasing the height of this part of the building. 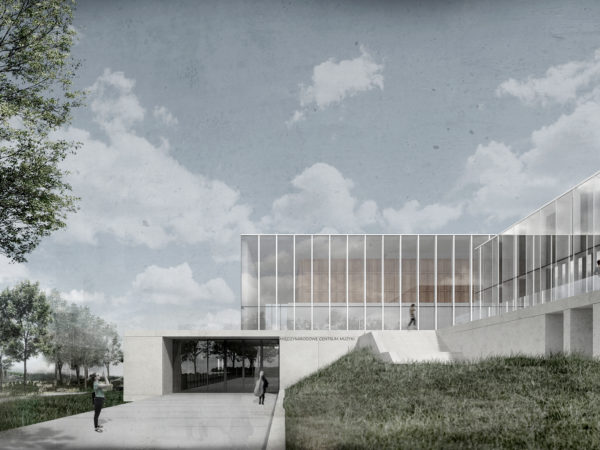 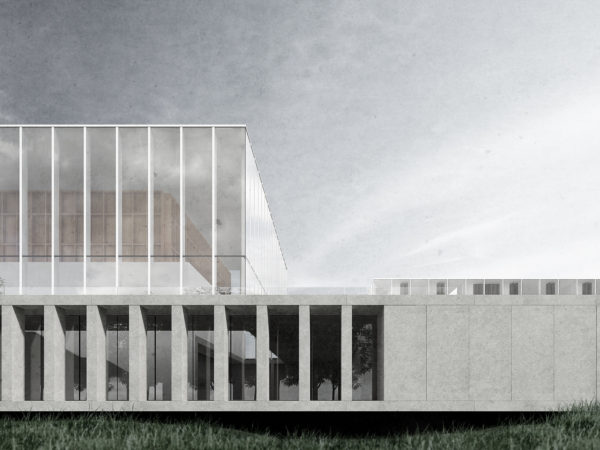 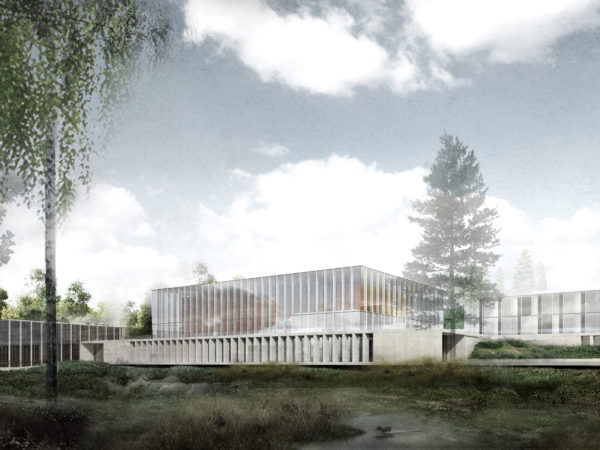