The subject of the study is the Laboratory Campus design of the Central Office of Measures in Kielce. The starting point was an attempt to create a relationship between complex laboratory blocks and functional buildings. The second goal was the context of the existing altitude layout of the area. The concept assumes that the newly designed buildings will start from clean and minimalist blocks of office buildings and then, while increasing their altitude will change into more complex and distributed functional systems.

Regarding to the assumptions, we were proposed the sets horizontal buildings, with local functional raising which through the terrace layout will fit into the slope of the plot and the existing greenery.

The main compositional axis is formed by a road and a pedestrian route, which leads from the main entrance from Wrzosowa street to the building of Laboratorium L9, which closes the composition.

The centrally located Canteen and recreation area are an additional elements connecting the urban layout. This area is designed to promote the integration of Campus employees.

To sum up and referring to the assumptions of “openness”, simple and open functional of the form, the systems proposed by us will allow the possibility of free shaping of the usable area in the future. 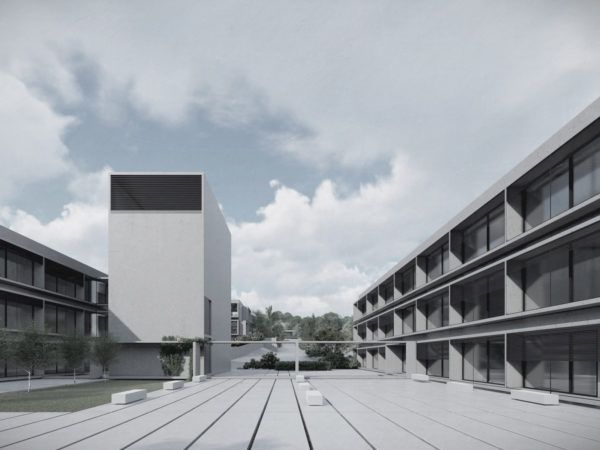 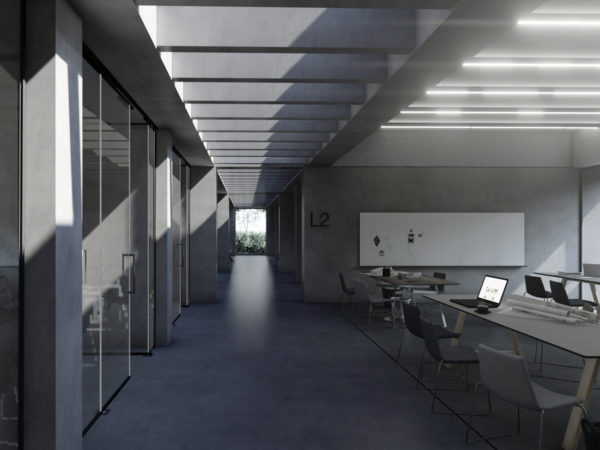 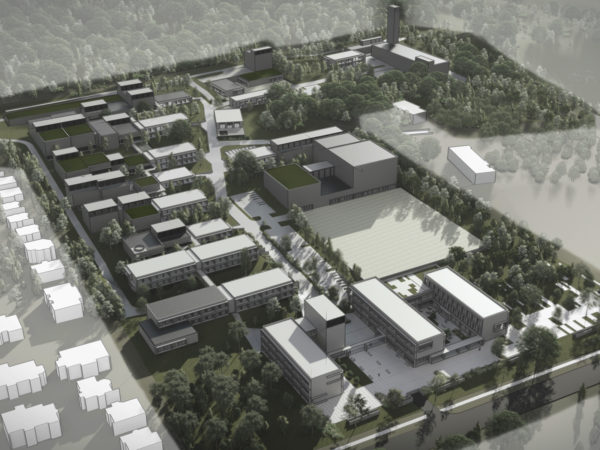 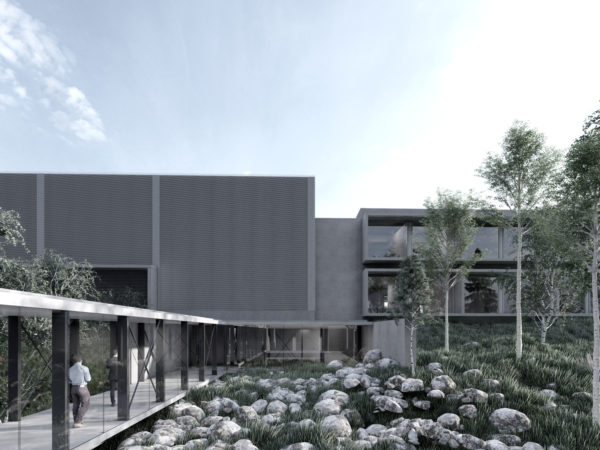